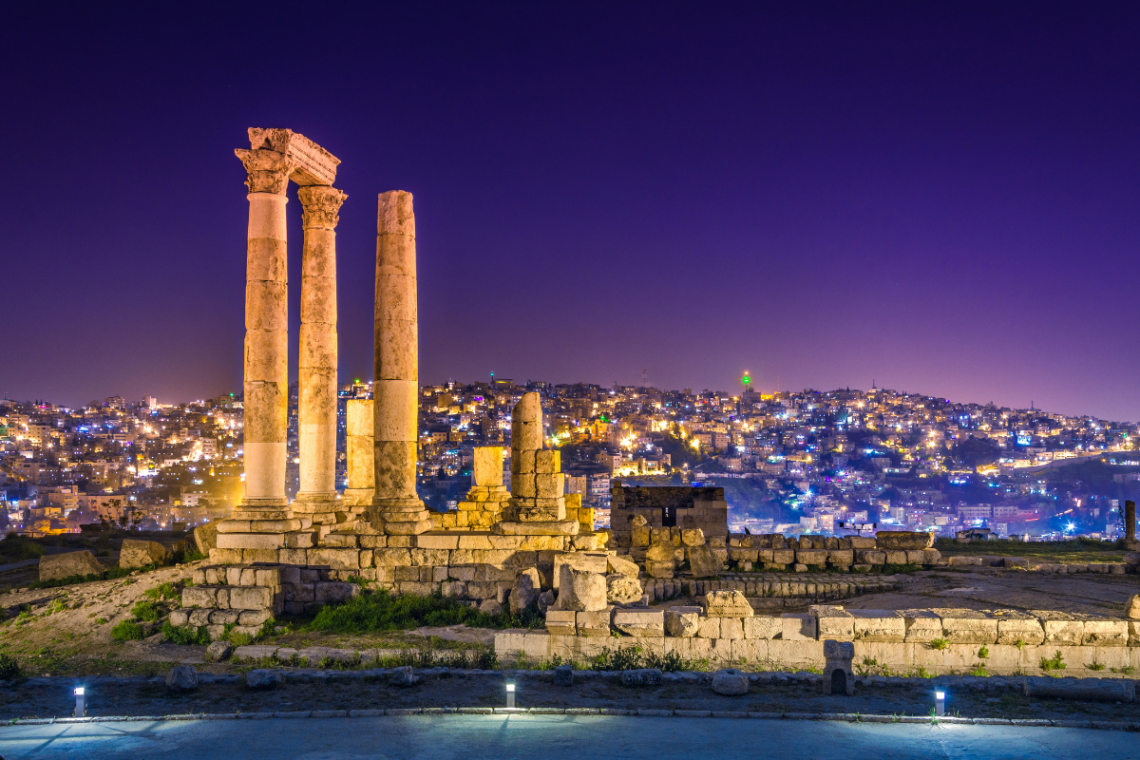 Planning a trip to Jordan is both exciting and exhausting. If you’ve never been to Jordan, or the Middle East, you probably have a myriad of questions about what it will be like – and if you’re up to handling the culture shock you experience (at whatever level that might be). Luckily, Jordan is one of the easiest countries in the Middle East to visit; people are incredibly hospitable, many signs and services are offered in both Arabic and English, and you can easily explore the top sights and big cities without knowing more than a few helpful phrases.

Almost all travelers pass thruogh Amman, Jordan’s capital city, at some point in their Jordan itinerary. It might be at the beginning, the end, or both, since most travelers fly in and/or out of Queen Alia International Airport while visiting Jordan. You might wonder then what to do during your time in the country’s biggest city.

You’re in luck: below you’ll find all the info you need to plan an incredible Amman itinerary. As you’ll soon discover, there’s plenty to do in and around Amman with whatever time you have. While most people limit their time in the city or skip the sights in the historic core, I recommend giving yourself one or two days to immerse yourself, then strike out to explore other parts of the country like Petra, Wadi Rum, and the Dead Sea.

If you’re ready to get this part of your Jordan travel planning sorted, read on to learn about visiting Amman and all the fascinating things you can do during your time there.

Much like all attractions in Jordan, Amman is worth visiting and exploring any time of the year. Spring is the best time to visit Amman and Jordan in general. The spring weather is mild and stable, so you won’t have to deal with freezing temperatures or blazing hot weather. Instead, you can expect a comfortable balance of warm days and breezy nights.

How Many Days in Amman

Some travelers are unsure how many days in Amman they should allocate for their trip. As with any capital, two days is a good starting point for designing an Amman itinerary as with any capital.

One Day in Amman

If you only get one day in Amman, I advise you to focus on exploring the city’s highlights, which I’ve detailed below. While some might advise heading out of the city for nearby sights and attractions, I suggest staying in Amman to appreciate what makes Jordan’s capital city so special.

The Citadel is an archaeological site located right in the center of downtown Amman. The site dates back to the Neolithic Age and houses stunning historic buildings and a lovely museum.

The site’s highlights are the Temple of Hercules, built during the reign of Roman Emperor Marcus Aurelius, and the Umayyad Palace. This enormous palatial complex served as the house for one of the Governors of the Territory of Jordan during the Umayyad Dynasty.

Jordan is a country rich in history, and its capital is full of fascinating ancient sites worth exploring during your stay. The best news is that they’re all close to each other, allowing you to visit all of them in one day.

However, scholars agree that the Tobiads, a notable Jewish family of the Second Temple period, built the structure. The ruins are perfect, and travelers can visit the site for free.

Take a Stroll down Rainbow Street

Located in the historic area of Jabal Amman, Rainbow Street is the epicenter of Amman’s tourism and nightlife. It runs east from the First Circle to Mango Street and is full of bars, restaurants, and cafés. Head to Rainbow Street from Thursday night through Sunday, if you’d like to taste Amman’s nightlife

Get Lost in a Souk

Souks are the equivalent of open-air markets in the Western world. These venues have been part of Arabic culture for centuries and are places where you can find the most diverse goods, from souvenir shops to antiques to traditional food. It’s also a perfect opportunity to experience the art of bargaining, which Arabs dominate so well. Here are a few souks you could include in your Amman itinerary:

As I said before, two days in Amman will give you enough time to visit attractions in nearby towns. Keep reading to learn about the things to do in Amman if you get a second day in the capital city.

Jordan is a country rich in history, and the capital’s museums are one of the top ways to discover it. Below I’ve listed three possible museums you can explore in the Jordanian capital:

Explore the Roman Ruins of Jerash

If I’m being honest, I always recommend visiting the Roman Ruins of Jerash in your Amman itinerary; there are a number of great day trips from Amman, but Jerash is the most popular and well worth its status that way.

Jerash’s nickname is “Pompeii of the East” and is well-deserved. The beautiful town is home to one of the best-preserved Greco-Roman cities in the Middle East.

You’ll find stunning structures from colonnaded avenues, ceremonial gates, temples, and theaters. Hadrian’s Arch, a triumphal 13m-tall structure, is one of Jerash’s highlights. The Sanctuary of Zeus, temple ruins dating back to AD 162-166, is another must-see within Jerash.

A 12th-century Muslim castle, Ajloun Castle sits in northwestern Amman. The castle is one of the finest examples of Islamic military architecture and used to serve as a fortress that safeguarded the routes between Damascus and the south of Jordan.

The castle’s structure is magnificent, and you can cover the place in an hour. By the way, views from the roof are spectacular as you can see all of northern Amman.

Where to Eat in Amman

As you can see, there are some incredible Jordanian foods that you’ll have to try while visiting Amman. While I obviously haven’t been able to eat everywhere in Jordan’s capital city, here are some of my favorites:

If you want to make the most of your time in Amman and try as much as possible, try checking Amman Food Tours. This company was started by a fellow blogger who loves Jordan as much as I do.

There are plenty of hotels across the range of amenities and price points in Amman; here are some of the ones I’ve stayed at and recommend:

However, there are plenty of options; Booking.com lists over 600 accommodations in Amman to choose from, so you can certainly find something!

And now that you know what to, where to eat, and where to stay, you’re all set to finalize your own Amman itinerary. Have any questions about planning your time in Amman? Let me know in the comments! 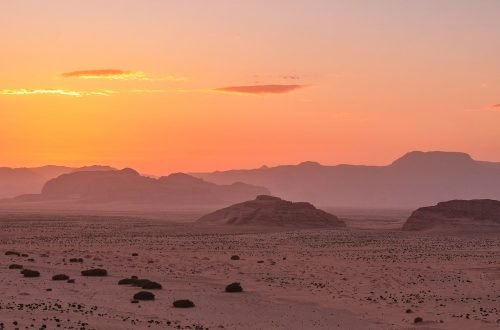 4 Days in Jordan: A Short but Unforgettable Itinerary 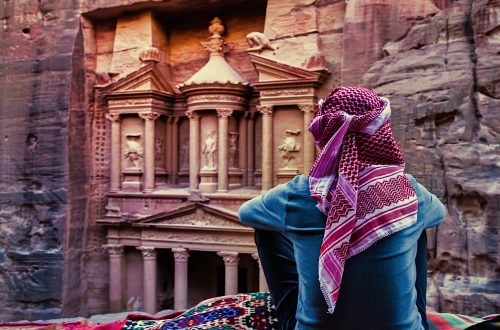 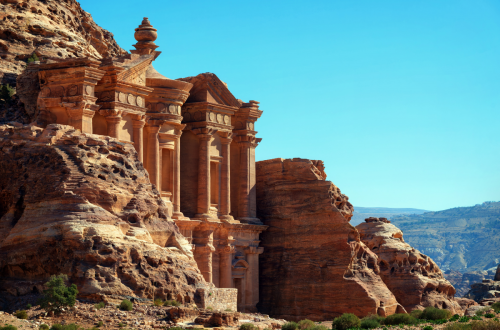