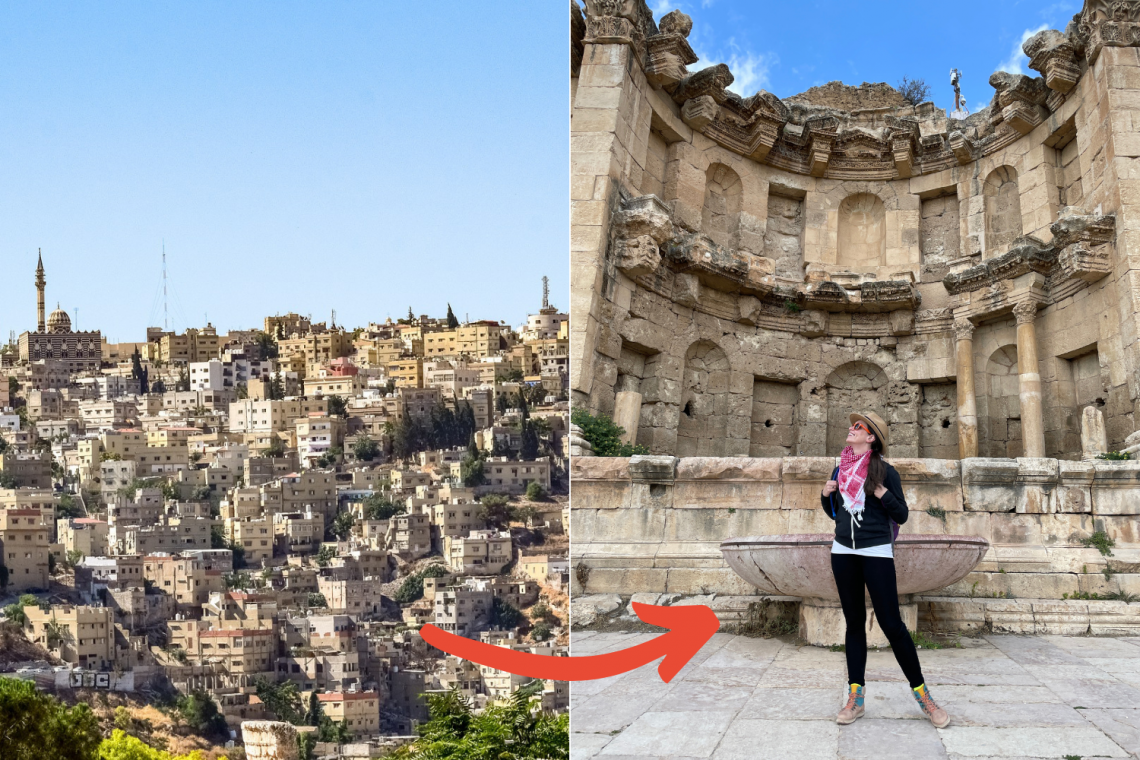 When planning a trip to Jordan, you probably have a few sights and locations in mind that you know you want to visit: Petra, Wadi Rum, the Dead Sea… but there’s so much more to Jordan, too! Research will quickly reveal that there are other destinations to add to your itinerary too – and the Roman ruins of Jerash are one of those must-see spots.

Luckily, Jerash is quite close to the capital city of Amman where most visitors enter and exit the country; this means you can easily plan a trip from Amman to Jerash, and in fact, it’s one of the best day trips from Amman. I’ve visited Jerash from Amman during both of my Jordan trips over the years.

Below you’ll find all of the info you need to plan your trip from Amman to Jerash, including the transportation options available. As Jerash is so close to Amman, there are lots of options, which means you have no excuse not to visit this incredible site. You may not have heard of it before, but I promise you won’t forget it once you’ve seen it with your own eyes!

How far is it from Amman to Jerash?

Jerash poses no mobility issues for travelers who want to include it in their itineraries compared to other Jordan landmarks. Distance-wise, Jerash sits about 30 miles (51.9 km) north of Amman if you take Al-Urdon St. and Route 35. However, if you take Route 29, the distance increases to 32 miles (51.9 km).

For timing, traveling from Amman to Jerash shouldn’t take longer than 45 minutes via Al-Urdon St. and Route 35, and one hour if you drive on Route 29. As I always say, how long it takes varies depending on external factors, like traffic. Jordanian routes tend to be highly congested, so always allocate extra time for road trips.

Given Jerash’s popularity and proximity to Amman, you’ll find many tours that take you to explore the Roman ruins. It’s worth noting that you won’t find numerous tours that solely visit Jerash. They typically include stops at Ajloun Castle, but some take you to the Dead Sea. Cost-wise, tour prices vary depending on how many places you visit, if they include a guide and the distance you cover.

Check out below the best Jerash from Amman tours I’ve found:

Unlike other locations, travelers can easily use Jordan’s public transportation system to travel from Amman to Jerash. Taking a bus to reach Jerash is by far the most affordable alternative on the list. Buses to the northern city depart daily from the North Terminal Bus Station in Amman and leave you at the bus stop in Jerash. From the bus stop in Jerash, it is only a short walk to the historic site.

You can expect to pay 1JD (1.50USD) for a one-way fare, and it takes around 45 minutes. In terms of organization – I know this will be inconceivable for American and European travelers – some Jordan buses have no fixed timetables. They arrive at their station, wait for passengers, and leave once they’ve reached full capacity. Such is the case for the bus that travels from Amman to Jerash.

Taking a taxi from Amman to Jerash is another common alternative for travelers. In Amman, there are two types of taxis: yellow and white.

Yellow taxis are the same type of taxis we have in the Western World. They have a meter, and passengers can hail them off the street or order them from the hotel. These taxis offer round trips from Amman to Jerash, and you can expect to pay a minimum of 40JD (57 USD). As a heads up, make sure your driver turns on the meter before starting the journey. Like in most tourist cities worldwide, Jordanian taxi drivers may try to overcharge visitors.

White cabs, or service taxis, are the ones locals use to get from one place to another. You’ll have to wait until it fills up (no more than four passengers), set the price, and head to your destination. White taxis are less expensive than yellow taxis, making them an alternative for travelers with a small budget.

Private Driver from Amman to Jerash

Private drivers are a good alternative to get from Amman to Jerash, especially if your negotiation skills aren’t the best.

Private drivers work for well-established tourism companies. Therefore, you’ll know what to expect from the moment you book your tour. The price, the itinerary, and the driver are all set before you get into the car. Get Your Guide and Viator have excellent websites to find good deals for private tours to Jerash. You can also ask your hotel to suggest a few travel agencies to book a private driver.

Driving is the best way to get around Jordan. However, I know driving in foreign lands isn’t for everyone.

If you’re willing to grab the wheel, there are a few things worth considering before renting a car in Jordan.

Before renting a car, check out as many alternatives as possible to find the best deal. Amman is home to over one hundred international and local car rentals, and most companies have websites showing the services they offer. You can expect to pay around JD 25-30 (35-40 USD) per day for a new model with air conditioning and insurance.

The Best Way from Amman to Jerash

The best ways to get from Amman to Jerash are by bus, taxi, or tour. Each alternative has its pros and cons. The two variables you should focus on are your flexibility and budget.

Buses are a no-brainer for budget-conscious travelers as they’re the most affordable choice. While you’ll be subject to unpredictable delays, you’ll save a considerable amount of money. Taxis are another good option for travelers on a budget or those who want a less crowded alternative than a bus but still don’t want to spend a lot of money on transportation. It is also more direct, especially if you take a regular taxi.

Finally, tours are fabulous for people with a generous budget for their Jordan trip. They’re more expensive, but you’ll save yourself time and the hassle of bargaining for taxi fares.

Have any other questions about traveling from Amman to Jerash? Let me know in the comments below, or join me in my Jordan Travel Tips Facebook community. 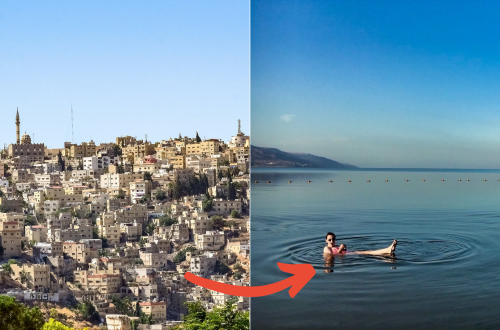 How to Get from Amman to the Dead Sea: A Complete Guide 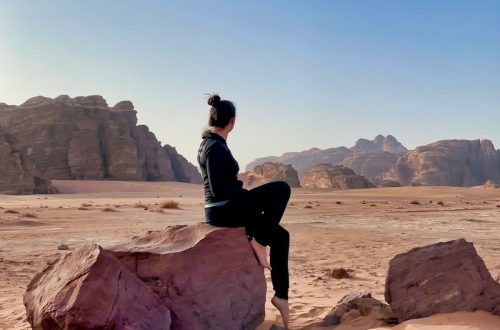 How to Plan the Ultimate 7-Day Jordan Road Trip Route 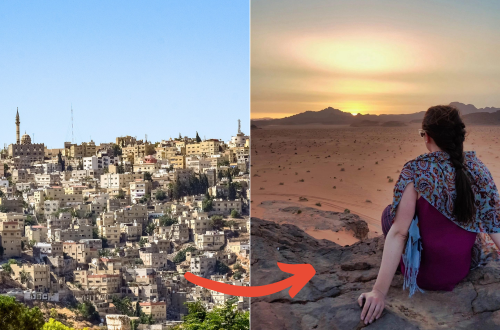 How to Get from Amman to Wadi Rum:
A Complete Guide