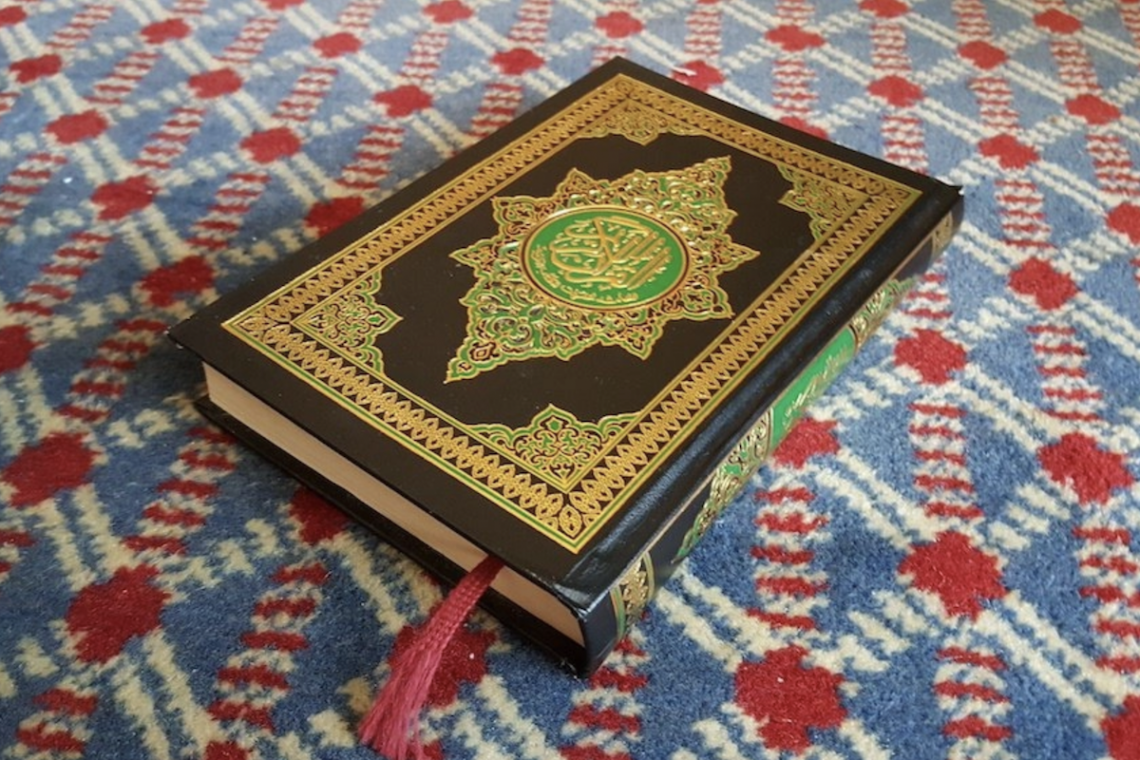 One of the best ways to learn about a destination – or to dream of a trip you’ve taken – is to read books set in or about that place. Jordan is a great contender in this department, as it has heritage sites, world wonders, and must-see places to captivate the imagination. As such, there are numerous great books about Jordan.

Following my own first trip to Jordan, I spent time reading about the destination that had so enthralled me; one of my favorite books (Desert Queen) is on this list, along with an extensive list of other books about Jordan.

So whether you’re still planning your trip and want to learn more about Jordan – through fact (memoirs/non-fiction), fiction, and practical advice (guidebooks) – or just want to explore the bustling cities and unique landscapes through the pages of a book, you’ve come to the right place. Read on to discover your next reading list – of books about Jordan

You can learn a lot about Jordan through fiction novels that resort to the country’s culture and landscape to develop their stories. Here’s a list of the best fiction books set in Jordan.

Appointment with Death by Agatha Christie

Appointment with Death is the 19th book of the Hercule Poirot series. You might know it from more well-known titles like Murder on the Orient Express and Death on the Nile – both of which have been made in to movies.

The story is set in Jerusalem and Petra and follows the mysterious death of tourist Mrs. Boynton while she was on an expedition in the Nabatean Kingdom.

Once she’s found dead, Detective Poirot proposes to solve the case in twenty-four hours. Appointment with Death is definitely one of the Poirot greats and a classic murder mystery that keeps the readers guessing till the end.

Pillars of Salt by Fadia Faqir

Pillars of Salt is one of the best books about Jordan and the Muslim culture from a feminine perspective. Fadia Faqir tells the story of a young Bedouin and an older woman from Amman who share a room in a mental hospital.

The two women become closer and share the events that led them to end up in a psychiatric ward. Through each story the characters share, the book gives deep insight into the Muslim culture, the role of women, and the challenges they face in a patriarchic society.

The Tower by Alessandro Gallenzi

Published in 2014, The Tower is a mystery book where a murder, Middle Eastern politics, and stolen manuscripts converge to tell a compelling story. Everything starts when a corporation tries to digitalize manuscripts that Giordano Bruno, a 16th-century philosopher, wrote. These manuscripts also call the attention of the Vatican, given their content made the Catholic Church accuse Bruno of heresy during the Holy Inquisition.

The Vatican sends a priest to study the manuscripts, who later disappears along with the unpublished writing by Giordano Bruno. The book shows a strong influence of Brown’s Da Vinci Code, with Renaissance conspiracy theories and Vatican plots.

Mrs. Pollifax, a cozy mystery book, also revolves around manuscripts. However, the main character is far from being your typical detective. Emily Pollifax is a loveable grandmother and CIA spy who heads off to Jordan to smuggle a top-secret manuscript out of Iraq with his friend Farrel.

This book throws in words in Arabic and some information on a few of the “places to see” in Jordan as Dorothy Gilman exquisitely works the ancient city of Petra into the storyline.

The Mandelbaum Gate by Muriel Spark

Scottish author Muriel Spark wrote The Mandelbaum Gate in 1965. The novel’s plot is more convoluted and complicated than other books on the list. Set in Jordan and Jerusalem, Barbara Vaughn, a half-Jewish Catholic-convert, is on a pilgrimage to Holy Land.

Vaughn has to meet her fiance in Jordan but must pass through the Mandelbaum Gate, the checkpoint between the Israeli and Jordanian sectors of Jerusalem. Unfortunately, her timing couldn’t be worse, with tension between the two countries on the rise

Memoirs & Biographies about Life in Jordan

Memoirs and biographies are excellent literary alternatives if your main interest is getting to know life in Jordan from first-hand experience. Check out the following list with the best books about Jordan, its culture, and conflicts.

Our Last Best Chance: A Story of War and Peace by King Abdullah II of Jordan

This book is primarily a memoir of King Abdullah’s life. He paints a good picture of the issues the Middle East faces from an insider’s perspective and gives enough geopolitical details for those with a Western view of the world to understand.

While the book does focus a fair amount on the Israeli-Palestinian conflict, it also covers the King’s sudden rise to the throne and Jordan’s role as the stable power in the region.

A Leap of Faith by Queen Noor

A Leap of Faith is Queen Noor’s memoir. In this compelling book, Arab-American Lisa Halaby opens up to tell her love story with King Hussein of Jordan.

The story unveils their love affair and the turbulent transformation the Middle East was experiencing with the formation of the state of Israel in 1948. Her memoir does an excellent job weaving together history, political commentary, and the richness of family life.

The Language of Baklava by Diana Abu-Jaber

You’ll find many things that introduce you to foreign lands. However, few things bring us closer to another culture than food. That’s exactly what Diana Abu-Jaber explores in her memoir The Language of Baklava.

While Abu-Jaber’s family emigrated to New York when she was a child, she frequently traveled back to Jordan during her childhood. In her book, she recovers the importance of food and flavors and the deep meaning they hold in our family ties while delving into the challenges of living between two cultures and languages. The book also includes delicious family recipes at the end.

Lawrence in Arabia: War, Deceit, Imperial Folly and the Making of the Modern Middle East by Scott Anderson

When it comes to books on Jordan, Lawrence in Arabia by Scott Anderson is an iconic one and a national bestseller. The book tells the biography of T.E. Lawrence, a British archaeologist famous for his role in the Arab Revolt and the Sinai and Palestine Campaign.

By telling a sweeping account of the life and times of T.E. Lawrence, he documents the making of the modern Middle East and the incompetence of Lawrence’s superiors.

Married to a Bedouin by Marguerite van Geldermalsen

Married to a Bedouin is another memoir telling the story of a woman in love who leaves behind her life to follow her husband in Jordanian land.

Marguerite van Geldermalsen is a Dutch woman raised in New Zealand. She was traveling through Petra in 1978 when she met Bedouin Mohammad Abdallah Othman. After falling deeply in love with the charming Bedouin, she leaves New Zealand to move into her husband’s caves.

After you’ve read about  T.E. Lawrence, you can move on to reading a book by the very T.E. Lawrence. His memoir documents the Arab revolt against the Ottoman Turks during the First World War.

He also explains all the challenges he faced to gain the Arab’s trust and support, like learning to speak Arabic, riding a camel, wearing Arab garb, and eating Arab cuisine. Unlike other books, Seven Pillars of Wisdom can be harder to digest as it is full of dramatic stories plus gross acts of cruelty and revenge.

The Land Beyond: A Thousand Miles on Foot through the Heart of the Middle East by Leon McCarron

Leon McCarron did what only a  few dare to do. He walked alone through the Middle East, embarking on a 1000-mile walk from Jerusalem to the heights of Mount Sinai.

The memoir shares his journey along the trails and pilgrimage routes that crisscross the West Bank, Palestine, and Jordan. The walkthrough these congested areas leads him to meet different people and understand the historic events, cultures, and religions that shaped the Holy Land.

Burned Alive: A Victim of the Law of Men by Souad

Another alternative for those seeking female voices, Burned Alive: A Victim of the Law of Men, is a best-selling book that tells the story of Souad, a woman who was nearly the victim of an honor killing in the West Bank after she became pregnant as a teenager.

While it’s a sensitive subject, the memoir is fascinating to see how culture and religion merge in Jordan.

While T.E Lawrence takes the spotlight when it comes to Jordanian adventures, you shouldn’t miss the opportunity to get to know Gertrude Bell through this book.

A bold woman, Bell abandoned her Victorian Life to let her curiosity and adventurous spirit run free in the Middle East. She played a key role in creating the Middle East as we know it today, and her connections and work provided much of the brain for T. E. Lawrence’s military brawn.

I don’t need to tell you that Jordan is a fantastic destination to include in your traveling bucket list. In case you’ve already bought your tickets, here are the best books about Jordan that will give you detailed information on the country’s popular destinations as well as tips to ensure you have the best experience.

Carole French has compiled this concise but carefully researched guide on Jordan. It is not just rich in detail but also written with more flair.

The Bradt guide to Jordan explores Jordan’s history and culture, its main attractions, and recreative options. Each chapter versus Jordan’s main regions and cities, helping travelers plan their trip to this fantastic country.

Lonely Planet guides are a classic resource for anyone embarking on an overland trip. Their Jordan guide provides up-to-date information on Jordan’s attractions, like museum hours and prices.

You’ll also find a section with a historical background of the Middle-Eastern hotspot, all the must-see attractions, and a few tips for planning a successful trip.

The Rough Guide to Jordan

The Rough Guide to Jordan is a must-buy if you’re going to Jordan. It’s incredibly detailed, with accounts of every attraction, plus maps of each region.

It also has a section with recommended routes which are very useful when planning your itinerary. The guide features a list of the best hotels, cafes, restaurants, and shops you can visit during your stay.

Which of these books will you be buying or borrowing from the library before your next London trip? Let me know any questions in the comments below, or join the conversation in my Jordan Travel Tips Facebook community! 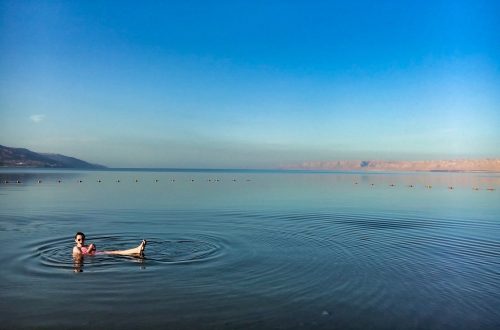