Planning a trip to Jordan in January? While it’s winter in the northern hemisphere, it’s a good time to visit Jordan – especially if you don’t love hot weather.

January is the coldest month to visit Jordan, but don’t let that stop you; it’s still a nice time to visit if you’re willing to put on an extra layer and visit the top sights without the crowds you’ll encounter in other seasons.

Below you’ll find the basics of what Jordan weather in January is like and how to prepare for it. I’ve also included travel tips and a few special events that happen in Jordan during January, to help you make the most of your time in the country.

Average Temperatures in Jordan in January

January is the coldest month to visit Jordan. While you might have seen reports of colder temperatures in January in Jordan, the average high temperature in January ranges from 52-53°F (11°C); overnight, the average low is roughly 38-39°F (3°C).

It rarely drops below 32°F (0°C) so you don’t need to worry about literally freezing when you visit. That said, you should still double-check if you’re booking a vacation rental to ensure it has heat sources to keep you cozy.

Average Weather in Jordan in January

During January, the weather in Jordan is really lovely despite the cooler temperatures; about 75% of the days are clear. That said, there is a chance you might experience rain as the month goes on since January is the start of the “wet” season – yes, there is a wetter season in Jordan despite its arid climate and being located in the Middle East, especially in the northern part of the country. If it does rain, it usually isn’t more than about 1.5 inches in total.

Does It Ever Snow in Jordan?

Whether you’re visiting Jordan to escape the snow or just want to know whether to plan for it, you’re in luck: it rarely snows in Jordan, but if it does, it’s usually only in higher-altitude areas in the western part of the country.

This means that, in the unlikely event that it does snow when you’re planning to visit Jordan, you might be lucky enough to see the red mountains of Wadi Rum or the iconic stone carvings of Petra with a dusting of snow. It does snow in the capital city of Amman sometimes too – like in January 2022 when it ground the city to a halt.

Travel Tips for Jordan in January

Since January is the coldest month, you’ll encounter far fewer crowds – that means it’s a great time to visit if you want photos at iconic sites like Petra and the Dead Sea with way fewer (or no) people in the background.

Since it is the rain(ier) season, you might want to skip destinations in northern Jordan, though it’s always worth planning a trip to Jerash if the forecast is good.

Southern Jordan – especially Aqaba – is a great destination to visit in Jordan; it averages almost 70°F (21°C) during the day, which is really nice if you’re coming from a northern, colder destination.

As it is colder, I recommend adjusting what you pack for Jordan to add a few more cool/cold-weather pieces. I’ve lately become addicted to Unbound Merino, and it’s a great option for Jordan any season. In short, merino wool is wrinkle- and odor-resistant, antibacterial, and moisture-wicking – all good qualities for a material in a climate where temperatures range a lot from north to south and day to night.

After celebrating the New Year, there are a few more special events that take place in January in Jordan.

🌴 Arbor Day. On January 15th, Jordanians celebrate Arbor Day with a three-day series of events that encourage locals to give back to the environment. Many people plant Date Palms due to their significance during the holy month of Ramadan.

☪️ Ramadan. While it’s a way out, Ramadan will actually occur during parts of January from 2028 to 2032. Be sure to check the link above if you happen to find this a few years from now and are planning a trip.

👑 The King’s Birthday. While it isn’t a government holiday, January 30th is the birthday of the current king, King Abdullah II of Jordan. There aren’t any official observations of this day, but it is an interesting day to note if you’re visiting at the end of the month.

Have any other questions about the weather in Jordan in January, or visiting during this month? Let me know in the comments! 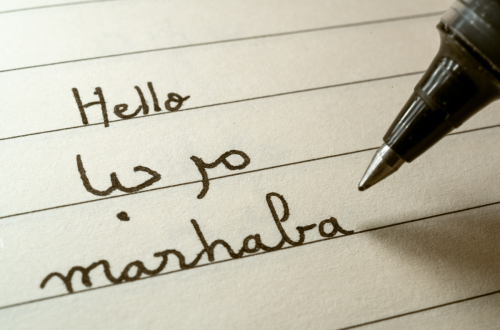 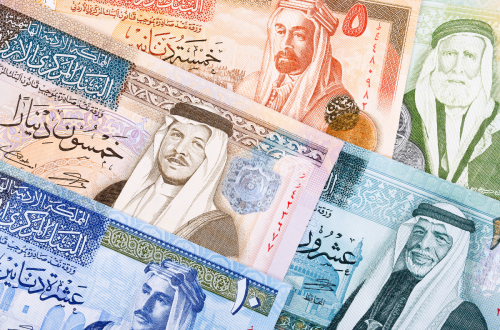 Tipping in Jordan: A Guide to Local Customs 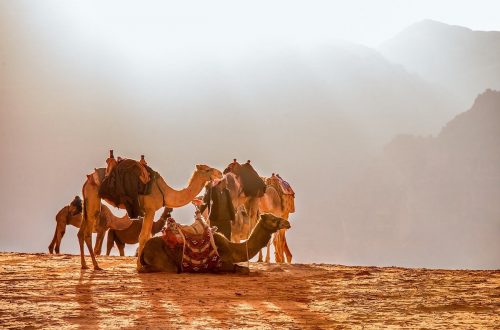